36 Must-Read Books: A Year in the Life of a Bookaholic

As 2020 began twelve months ago, this bookaholic 📚📖📕📖📚 thought she would try something just a little different. Who knew how different 2020 itself would become! It threw everything into a tailspin, and reading was normally a refuge for me.
And yes, bookaholic IS a word! I have been calling myself one for years, but with my new Christmas present 🎁, it is now official! LOL

I have never before taken the time to write down all the books I have read in the course of one year. I have lists of this & that, but this is a new one for me.

I know that I like to read a wide variety of books 📚📚📚, but I thought listing them in one place like this would give me a visual of how eclectic my tastes really are. I also wanted to share these books with you, and help you find a new favorite or two! 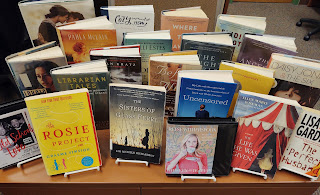 It also gave me a window into how outside events shaped my mindset at the time. For example, I had trouble following Hiding the Past, however I started reading it early into the pandemic and was having trouble focusing on anything at the time.

☆   I don't normally read design books, just usually glance at the photos. However, I read

this one, and checked out her blog. Best part ~ introducing my to "hygge", a Danish

☆   Good book. It revolves a young Irish girl named Lavinia, and her place amongst the

slaves and family on a Virginia plantation. There is a follow-up book, titled Glory

Over Everything: Beyond the Kitchen House, that revolves around Jamie and Sukey.

☆   (10th book in the Library Lover's Mystery series) I have never been a big mystery
fan, but I think Jenn is doing well at converting me! Funny, absorbing, gets you
invested into the lives of characters.

☆ I do not generally pick up YA books because usually I am finding so many adult books to read. I  had asked on Twitter for family history/genealogy fiction suggestions. This suggestion did not disappoint! Drew me in from the first page, and I was really interested in what happened to Grace, Maya & Joaquin! 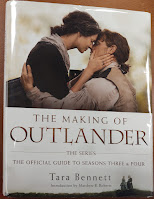 ☆ It's about "Outlander". Enough said!! LOL 😀 Seriously, although I am a major fan of both the book and Starz series, I would still recommend this book (and the previous one) for anyone that loves to read the "behind-the-scenes stuff" that gives you the inside scoop.

☆ Book #6 in 7-book series (The Seven Sisters). Each book follows one of the six sisters adopted by their beloved "Pa Salt". This book tells the story of the beautiful supermodel sister, Electra, and her biological family's past. And, yes, the book series is titled The Seven Sisters, and only six girls were adopted by Pa Salt. Hmm 🤔, leaves you wondering about Book #7, doesn't it? 🤔

☆ (Book #1 in the Jefferson Tayte series) Another genealogical murder mystery. I mostly liked the characters in this book, and there is plenty of action. Good genealogical crime mystery. It was his debut novel, so worth giving Book #2 a chance down the road.

☆ After taking a DNA test, the author discovers that her beloved father is not truly her father. The book follows her as she processes this information, and finds the truth. Takes the reader through the early days of artificial insemination.

☆ An Army veteran comes home from Iraq with PSTD, and other issues she needs to work through to heal. Reading the diary of a woman who fought in the Civil War disguised as a man helps Larkin come to terms with her service.

☆ A teenage black Canadian hockey player moves to Texas. His observations of the various social groups as he tries to fit in are quite interesting.

☆ A fictional account of a family of five children caught up in Georgia Tann's TCHS adoption scandal, and the repercussions that are still affecting the descendants decades later. One of my favorite books from 2020!

☆ The subtitle of this book states it all. After Lisa Wingate wrote Before We Were Yours, she was inundated with real-life adoptees who saw themselves in her novel. This is their story.

☆ An enlightening YA novel that captured my interest, Refugee takes what appears to be three separate stories of escaping terrible conditions in your own country to make a better life in another, and weaves them together beautifully.

☆ Dating is hard enough for any of us. But for Don Tillman, Asperger's Syndrome can make it especially hard. So, Don turns looking for a wife into a project. And, my friends, that is where the story starts to get very intinteresting!

☆ I had never read any of Lisa Gardner's books yet, and this one came highly recommended by a friend. It didn't disappoint! Lots of action and suspense, well-development characters, strong female protagonists...what else could you want? ☆ Melinda Gates shares how giving women in many different countries more control over their lives empowers them.the When you empower the women, the ripple effect can make changes that are felt around the world.

18.  Circling the Sun by Paula McLain

☆ This historical fiction book focuses on the remarkable life of Beryl Markham. Beryl grew up in colonial Kenya, lives by her own rules, and breaks ground throughout life as a horse trainer and aviator. The book is a novelized account of her life through her 20's. Excellent book, and highly recorecommended!

19.   Ghost by Jason Reynolds
☆ A 2016 National Books Awards finalist for Young People’s Literature, Ghost
tells the story of Castle Crenshaw, a troubled 7th grader who "accidentally"
joins a track team. How this affects his life is well worth discovering as you
read this absorbing YA book. 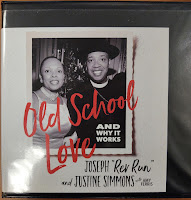 ☆ Joseph Simmons, AKA Rev Run from Run DMC, & his wife, Justine, give excellent

with examples from their own life together. 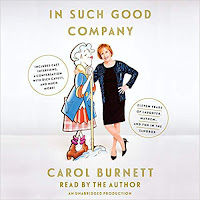 21.  In Such Good Company: Eleven Years of Laughter, Mayhem,

and Fun in the Sandbox by Carol Burnett

behind-the-scenes look at this beloved classic! I listened to the audiobook read

by Carol Burnett herself. What a wonderful treat!

23. The Ancestor by Danielle Trussoni

☆ Wow! Trussoni has taken the popular "sole heir of a castle, have to come here to

claim" storyline, and turned it on its head. Through most of the book, I am sure

of how the story will end. The closer I came to the ending, the more I discovered

how wrong I was.

24. Uncensored: My Life and Uncomfortable Conversations at the Intersection of

☆ I have often said that if people would just take the time to listen to each other,

the world would be a much better place. Zachary Wood thrives in this type of

environment. This book, which is part autobiographical, will leave you thinking

for a long time afterward. It will definitely open your eyes to working together

to help solve our country's problems.

25. Daisy Jones and the Six by Taylor Jenkins Reid

☆ Before reading, I had heard rumors that others had actually Googled the band,
thinking it really existed. That just shows how well-written this book is to
gather that type of interest. Also, to use the printed interview format (such as
what you would find in People magazine) was the best way to tell this story.

26.  The Pull of the Stars by Emma Donoghue

☆ In 2018, the author hears stories of how the Spanish Flu affected her home

country of Ireland, and decides to write a story of a nurse in a maternity ward

with flu patients during the epidemic. At the beginning of March 2020, she drops

off her completed manuscript with the publisher. And yet, the comparisons

to our lives during the COVID-19 pandemic makes this story eerily relevant.

☆ Winner of the American Book Award for 1991, "Lakota Woman" tells the story of

Mary Crow Dog, her upbringing on a Lakota Sioux reservation, her participation

in the American Indian Movement, and her marriage to Leonard Crow Dog

(medicine man and spiritual leader of AIM). I read books such as "Lakota Woman"

to better understand the backgrounds and perspectives of others, and this book

28.  The Flight Girls by Noelle Salazar

☆ Audrey Coltrane is a Texas society girl who just wants to fly planes. After

surviving the attack on Pearl Harbor, she joins the Women's Airforce Service

friendship, history & airplanes...love it all! My hubby was an airplane mechanic

for 20 years. Any time I can talk to him about historic planes, maneuvers and

such is a win in my book!

29.  Temple Grandin: How the Girl Who Loved Cows Embraced Autism and Changed

the World by Sy Montgomery

☆ I've always been amazed whenever I've heard Temple Grandin's story in the past.

Growing up in a time when not much was known about autism, she not only

learned how to accept it. She has embraced what autism has brought to her life.

This Booklist review sums up my thoughts on this YA book very succinctly, "It isn't

easy to describe how the mind of someone with autism works, but Montgomery's

biography effectively breaks the disorder down for a younger audience while

☆ As a librarian myself for almost 15 years, I have to recommend this book as a

good "behind-the-scenes" take on one of our most beloved institutions: the

☆ I will admit that it was the cover that caught my eye on this book, but I was

hooked the minute I started to read. Secrets may lead to tragic circumstances,

but they eventually have a way of coming to light. The lives of Lily and Julia

Blackwood will keep you turning the pages until the very end!

historical fiction novel (a favorite genre), so I had to read to see what all of

the fuss was about! The story of Kya, the Marsh Girl, is told in such a way as

to take care of this dear girl.

33.     The Aussie Next Door by Stefanie London

☆ In many ways, The Aussie Next Door is your typical romance book. But it is so

much more! The two main characters have real life issues they are dealing

with, such as autism and a childhood spent in the foster care system. Both are

☆ For someone who generally does not read YA, I seem to have read quite a few

this year! When the election was still ahead of us, I had read a review of this

book. I was not disappointed! Teenage romance being at the heart of the

story, it still manages to show the importance of voting without being

preachy about it. I will be watching out for more books by Brandy Colbert! 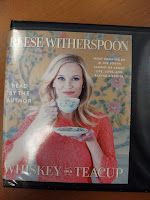 35.     Whiskey in a Teacup by Reece Witherspoon

☆ With a 20 mile commute to work, I have started to listen to audiobooks.

And, if you find yourself sometimes just wanting a fun read to keep you

awake, Reece is your girl! Read by the author herself, the book takes you

through her southern upbringing and what she has learned from the

strong women in her life. ~ (Recipes are included in the book format.)

36.     The Sisters of Glass Ferry by Kim Michele Richardson

☆ The previous year, I fell in love with a book called " Woman of Troublesome

Creek" by Kim Michele Richardson. It immediately became one of my

favorites, and I set out to discover what else she may have written. The

Sisters of Glass Ferry is a close 2nd-favorite. The author has a wonderful way

happening in front of you. If you try one new author this year, Kim Michele

Richardson is the one I would most recommend!